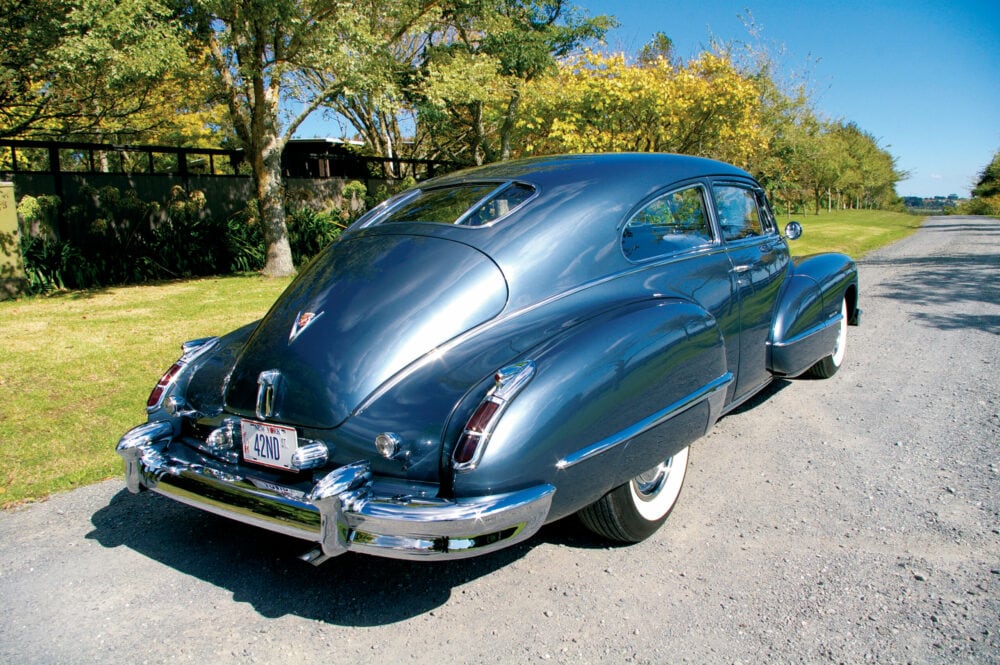 Another rare American fastback, and memorable drive for Allan Dick was this 1941 Cadillac.

Founding editor and publisher, Allan Dick, looks back at some of the highlights from the past 100 issues of NZ Classic Driver.

The decision over whether or not to launch a classic car magazine was a long and anguished one. Not because I didn’t think it would work, but I wondered if my small team – already producing two magazines – could handle another.

Driver was a monthly and because it was money on the table, the staple bread-and-butter earner, it had to be on time every month. Our second magazine, NZ Today, was a bi-monthly and, being frank about it, it had little priority and more often than not it was three months between issues.

The catalyst in launching NZ Classic Driver was not so much the wealth of stories I had to tell from 40 years of writing about cars, but the 100th anniversary of Henry Ford winning a sweepstakes race against a fellow called Alexander Winton on October 10, 1901.

The wealth of mainly historic motorsport photographs that Ford launched onto a dedicated website made me feel like Uncle Scrooge McDuck diving and swimming in his money vault. That really was the clincher for me. Those photographs demanded an audience.

We were a small team – editorially there was just myself and Sam Domett. We worked on Driver and NZ Today with plenty of moral support from the advertising manager, Gavin Shaw. Gavin and I went back many, many years and we talked about my idea over several weeks. Eventually I said, “Right Gav, contact Ford and tell them what we are thinking – if they sponsor it, we’ll do it.”

We had a good relationship with Ford and they found some money in their budget and agreed to help; NZ Classic Driver was born.

That first issue wasn’t entirely all Ford, just about 90 per cent of it. I felt we had to include a little of something else to show we were serious about classic cars. The resultant bookshop sales results were phenomenal: even though it was a new title and the cover screamed ‘FORD!’, it was virtually a sell-out. Yes we were pleased, but the next step was going to be the hardest – not least because we had to find room in our schedule to research, write, layout and print another magazine.

We also had to decide on content for a much more general classic car magazine. We’d had plenty of feedback in the way of letters to the editor, and many went along the lines of ‘nice effort, but let’s see what you can do outside of Ford’.

I knew what I wanted – to avoid the predictable and develop a magazine that said something, rather than just reported things.

Years of radio talkback had taught me some tricks for engaging people and getting them to respond. Having an active, thinking readership was going to make life a whole lot easier.

So, part of the editorial programming was to dispense with the usual single-page editorial right up the front and have several pages of my often disconnected thoughts and jottings. At first this was called Notes from the Margin, which later morphed into Burning a Grey Pipe.

Read the rest of this article in the March-April issue of NZ Classic Driver.