FROM THE CO-DRIVER’S SEAT 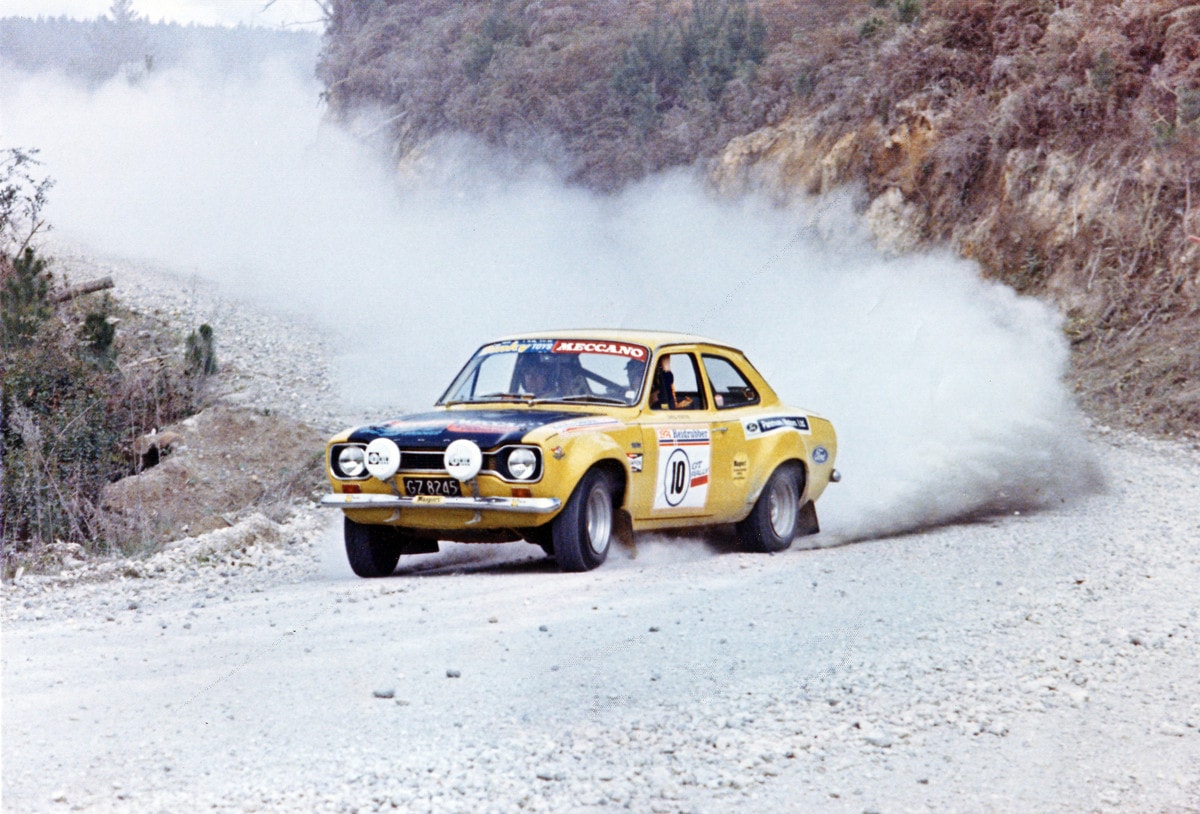 Kevin Lancaster’s writing and motor racing photos have featured in NZ Classic Driver numerous times over the years. He spent much of his motor racing career in the co-driver’s seat of rally cars and gave a great deal to the sport, a contribution recognised in May 2021 with a MotorSport New Zealand Historic Heritage Award. We uncover the story behind that richly deserved award.

Kevin’s love of motorsport started early. He was less than five years old when his father took him to a Grand Prix at Ardmore. “My mother was concerned I’d get bored. We sat on College Corner and I pushed my way through the crowd to the fence and stayed there all day. Absolutely loved the saloon cars, the Grand Prix, the smell of the fuel, everything; I was hooked.
“I joined the Auckland Car Club when I was 13 and met other like-minded kids at the slot car track downstairs. Dad took me to every race meeting at Pukekohe – club meetings, national meetings, Grands Prix, Wills Six Hours, Benson & Hedges – until I got an E93A Prefect in 1970 and I could take myself. That’s when I got into photography. Dad said if I wanted a camera I’d have to work for it and he got me a job at the engineering company he worked for, as a lathe operator during school holidays. Then (rally driver) Mike Marshall got me a holiday job in the factory where he worked. I saved enough to buy a Russian single-lens reflex camera; the next year a 135mm telephoto lens and the next a 350mm zoom lens.”

Going Rallying
Kevin started navigating in car trials with Terry Baker who, like Kevin’s brother Greg, raced a Humber 80. He was another amateur photographer and the pair took photos at race meetings for the Auckland Car Club Bulletin. One day Terry introduced Kevin to Jim Donald. “That’s where it all started. There was a Castrol 24-hour trial starting in Rotorua and finishing in Auckland. Jim’s navigator, Alan Draper, worked at Panmure Motors where Jim was the workshop foreman. Alan couldn’t go and Jim had the use of Blair Robson’s Escort Twin-Cam that he did all the work on, outside work hours. He asked me to navigate for him. We did the trial in Blair’s car and that’s how Jim and I got to know each other.” It was the start of a highly successful partnership and a long career for Kevin in rallying.
Blair Robson rolled the car comprehensively in a Golden Shell Rally and it was to be scrapped. Doug Benefield, the Managing Director of Masport and Blair’s sponsor, obtained one of the new Escort RS1600s Ford New Zealand imported from England and told Jim he could have the old body shell. It became known as the Phoenix because it was later wrecked and repaired three times.
The national championship and Heatway Rally were cancelled because of the 1974 fuel crisis, so Jim and Kevin just did the Rally Pilots Championship using a borrowed standard BDA engine. Chris Porter, one of the Porter family that was part of Mason & Porter (Masport), brought sponsorship from a company importing Dinky Toys and Meccano and a limited slip differential. He shared co-driving duties and Kevin contributed a pair of seats from Mike Marshall’s rally seat manufacturing company. Jim won the novices championship and Blair won the Rally Pilots Championship in the new Escort RS1600.