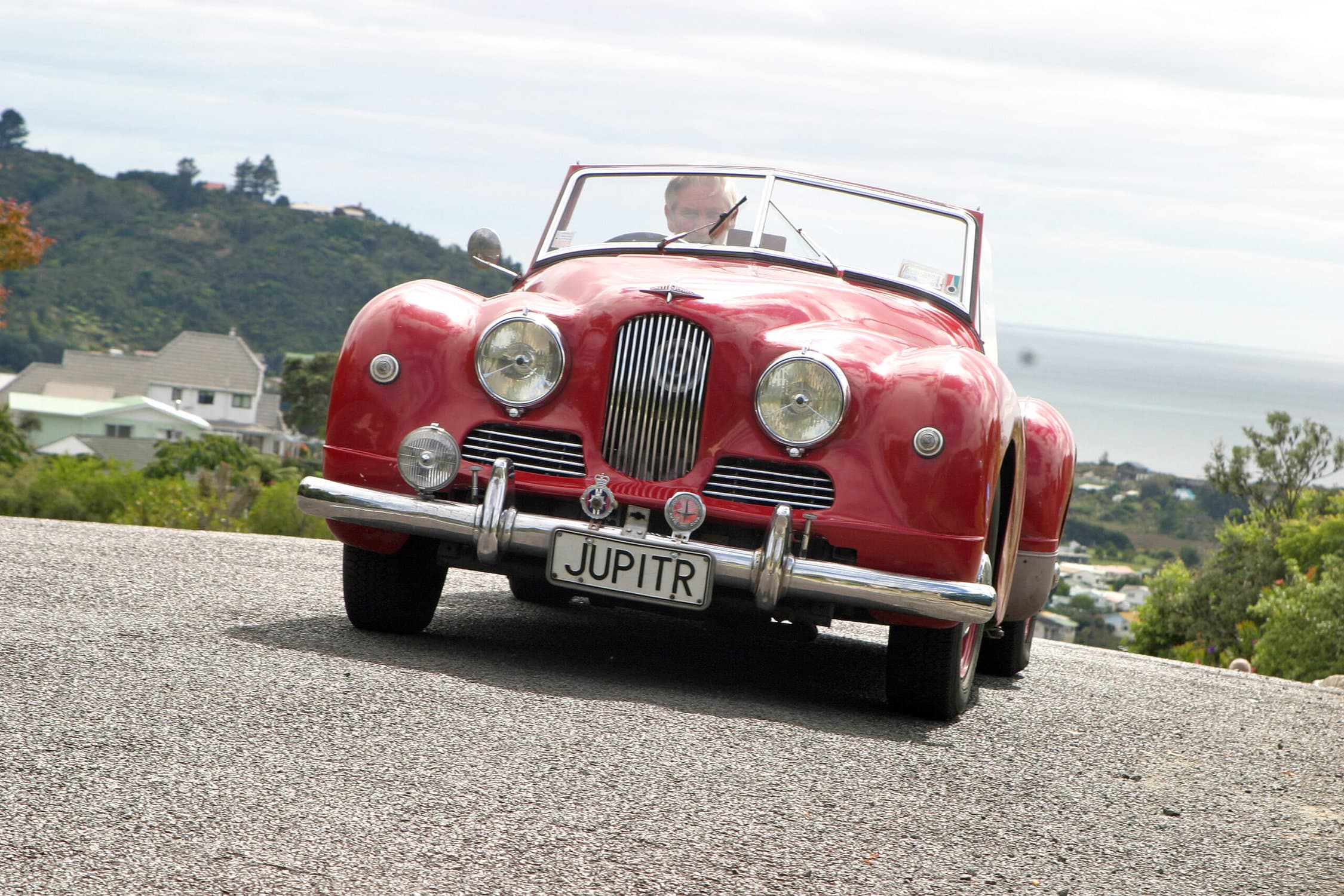 On my way home to Tairua several years ago I went by a local park where six or seven Jowett Javelins and Jupiters were gathered alongside a couple of vintage Bradford trucks, also built by Jowett. Even though I was in a hurry, I had to stop. I got out and walked over to a red 1951 Jupiter to get a closer look.

An older gentleman sauntered over and introduced himself and his car. It turned out I was speaking to Major John Holloway, retired, formerly of the British Army. He looked as if he’d been sent over from central casting at a film studio with his handlebar moustache and his ramrod-straight military bearing. He told me that he lived across town, and that his mates in the Jowett Car Club would be convening at the local pub that evening. I was invited to come and hoist a pint with them.

So, after dinner I put on my cap and took off to the pub to see my new friends and their unique cars. The Major introduced me around, and then we had a chat. Turns out he had been a paratrooper and after he retired, missing the adrenaline rush of throwing himself out of airplanes, he decided to try auto racing. He campaigned a Jaguar XK120 for a few years, and then sold that and bought the Jowett.

He had raced all over New Zealand in classic events for years, and was having a great time. I knocked back a pint in order to get up the courage to ask the Major if I could have a spin in his Jupiter. I told him for whom I toiled, and at that he agreed to let me take his speedy steed for a drive.

It turned out to be an ideal situation because noted American automotive photographer, David Gooley (who was also in New Zealand on vacation), came along with me a couple of days later. We met the Major at the park and he took me for a jaunt through the surrounding hills to show me what his vintage Jupiter could do in capable hands. I was duly impressed. He knew right where to put it, where to brake, and when to step on it. Then it was my turn. The Major had a big grin on his face as if to say, “now let’s see what you can do” as he handed me the keys.

The Jupiter sits very low, so I had to bend down to reach the door handle. You don’t climb into a Jupiter, you slip into it like you would a bathtub. But once in, its bench seat was roomy and comfortable, if a bit upright. Its dash had a full array of easy-to-read, business-like Smiths gauges as well, and everything was close at hand...