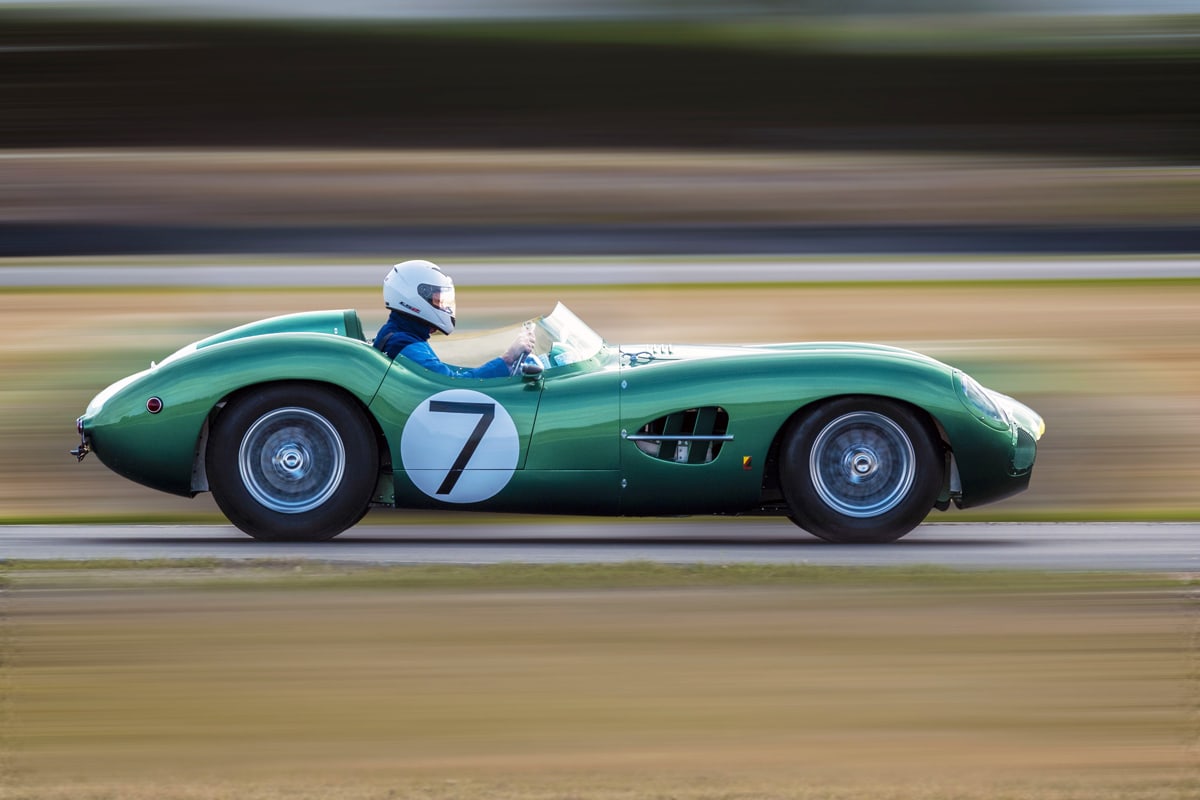 The new owner was so confident in the quality of his new, hand-built car that after a handful of laps at Levels motor racing circuit, he and a companion squeezed their luggage into the available spaces and drove to Hawke’s Bay – at the start of winter!

It’s a quiet day at Levels Raceway near Timaru. It’s early winter, calm and cool with high, scattered and misty cloud. It’s a test day where racers can enjoy track time, and a few cars are scattered around the pit area. But most of the activity is around a sleek, low sports car that obviously has its roots in the fifties.
Apart from its perfect proportions, there are some strong design features to this car – the long nose that thrusts forward between the faired-in headlights and elegant front guards, the oval opening that forces cooling air into the radiator and engine compartment, the minimal ‘grille’ that consists of a horizontal bar and four vertical ones – almost an ‘egg-crate’ grille.
The car is so low that the two-seater cockpit is almost dwarfed by the arching rear mudguards, while behind the driver’s head is a streamlined fairing.
The car sits magnificently on Borrani chrome wire wheels with centre knock-ons.
But the car’s trademark features are undoubtedly the large cut-outs behind each front wheel arch. These are filled with two large louvres and there’s a cross bar.
The car is immaculately finished in Sage Green with a broad yellow band around the oval opening at the front.
The nose, the tail and both doors feature large white roundels carrying the number 7.

Taken as a whole, this car is beautiful. Clean. Uncluttered. Purposeful.
The number 7 and the fifties-style of the car all suggest that the late Stirling Moss might have driven something like this. However, that would make it almost 70 years old and this car looks brand new. In fact, it is brand new – the latest commissioned and completed car to emerge from the rural workshop of Rod Tempero, just a kilometre or two south of Oamaru.
There’s a small group of people around the car and there’s a sense of calm and order. There’s nothing to suggest that anyone is concerned about anything, despite the fact that the car was built by artisans over many months and has only completed just a handful of miles.
There is probably more activity and work at the first service check of a new mass-produced family saloon.
It is handover day for this car. Rod Tempero and four of his team have travelled up from Oamaru with the car to hand it over to its owner, Craig Hickson, who has come from Hawke’s Bay with a friend and colleague – and they intend driving it home. A three-day trip with two overnight stops and a ferry crossing in an unheated, open-top sports-racing car in the wintertime! But what a car in which to put up with such minor discomforts!
It’s a derivation of a model of car that won at Le Mans and there were only two built. They were made obsolete for world championship sports car racing when a 3.0-litre capacity limit was introduced and the cars were sent to the USA where they could race and were very successful.
As you might imagine, the genuine articles are rare and horrendously expensive.

Continue this story in our September-October issue (page 8-18)