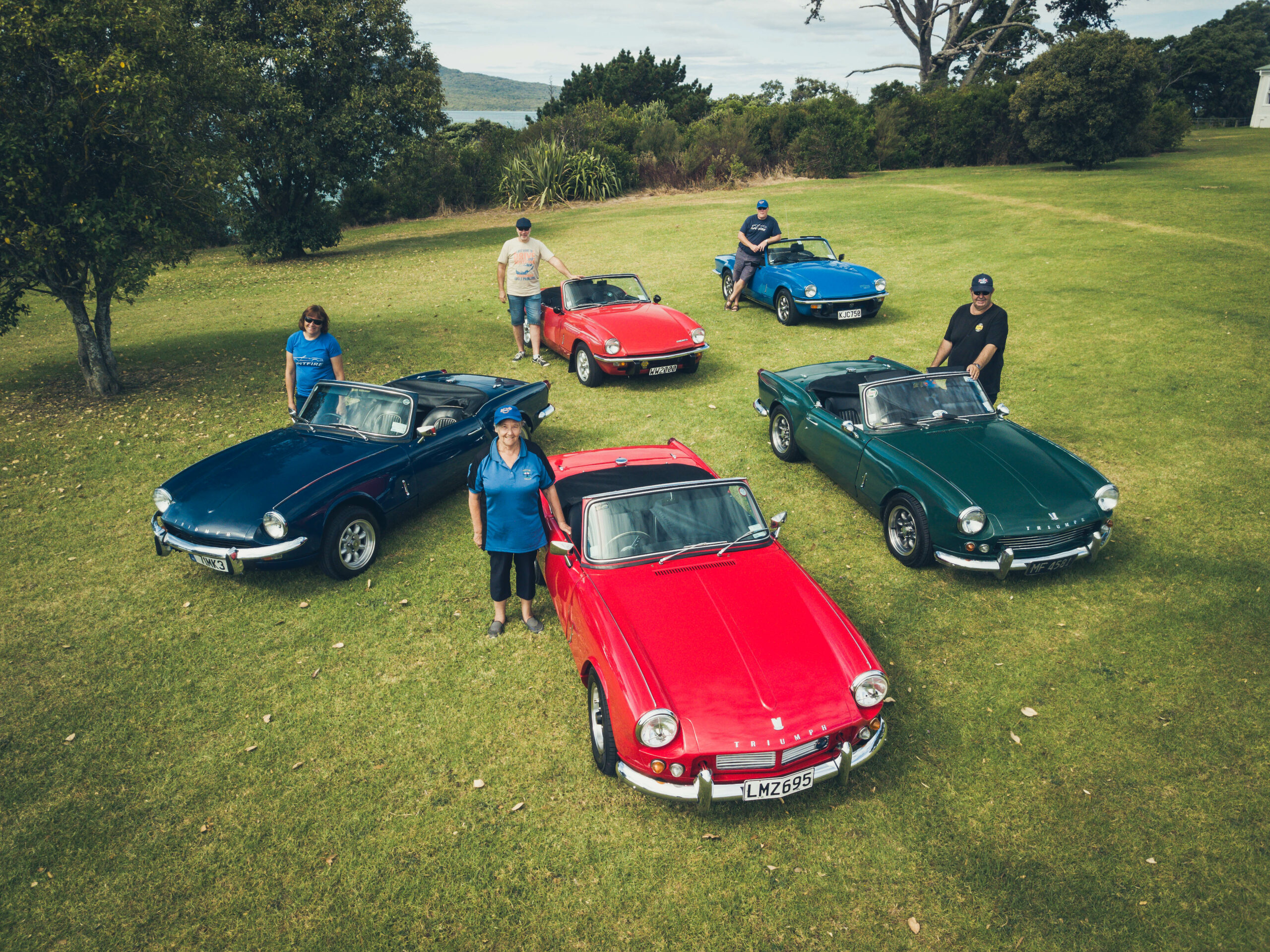 In order to mark the 60th anniversary of the Triumph Spitfire’s first appearance in 1962, we gathered together one of each version of this popular, entry level sports car along with their enthusiastic owners .

Growing up in the industrial north of the UK during the 1960s, there weren’t a lot of cars around and most of the adults in my neighbourhood travelled to work on public transport, by bicycle or motorcycle. My father was firmly into motorcyles, only switching to four wheels (a black E494A Anglia) in the early 1960s before moving to a much more modern Mini Countryman – we needed the extra room for our newly-acquired black Labrador, Judy.

Apart from trips squashed into the back of either the Ford or Mini, my only other close involvement with cars was earning threepence for washing the next-door neighbour’s grey Hillman Minx MkV. Automotively speaking it was a dull world, brightened only by a local doctor’s massive US cruiser – a Pontiac if I recall correctly. However, when the summer rolled around we packed up our bags and motored off into a much brighter world for our annual holidays. Along the way it was time for some car-spotting – and in amongst the welter of dull old British saloons, every now and again we’d spot a sports car. An MG Midget or an MGB, or even an E-Type or an Austin-Healey.

On one occasion we were overtaken by a silver Porsche 356, at that time one of those would’ve cost more than a three-bedroom family home. Mind you, pretty cheap when compared to a contemporary Ferrari which cost more than three family homes! When it came to sports cars, the Brits truly ruled the waves during the Swinging Sixties and beyond – entry level cars such as the MG Midget and Austin-Healey Sprite (BMC’s Spridget twins), both cost a shade over £600, while Triumph’s slinky Spitfire was only another £20-30 more. Quite reasonable prices when compared to family saloons of the day but, of course, sports cars were aspirational vehicles – they didn’t always have space for an entire family’s luggage or, indeed, the whole family; and in that I speak from experience having suffered through quite a few road trips perched on the ledge behind the seats of my grandfather’s Sunbeam Alpine GT.

The era of affordable sports cars may have passed, but the sheer number of cars produced during those golden years continues to provide classic car enthusiasts with a motoring experience on a different level to that offered by a mere saloon. Those classic entry-level sports cars may not have been the fastest cars of their time or the best handling, but what they did provide was enjoyment – a thrill that wasn’t so much about arriving but in the actual driving to a destination; and for me it was all about getting in behind the wheel of a mate’s British Racing Green Triumph Spitfire 4 for a truly memorable drive through the Welsh moors. It’s now been 60 years since the Triumph Spitfire first appeared so for me it’s time to remember a time long past and to meet up with a car that provided some of my earliest motoring memories...