RUSTY AND THE AV SPECIAL 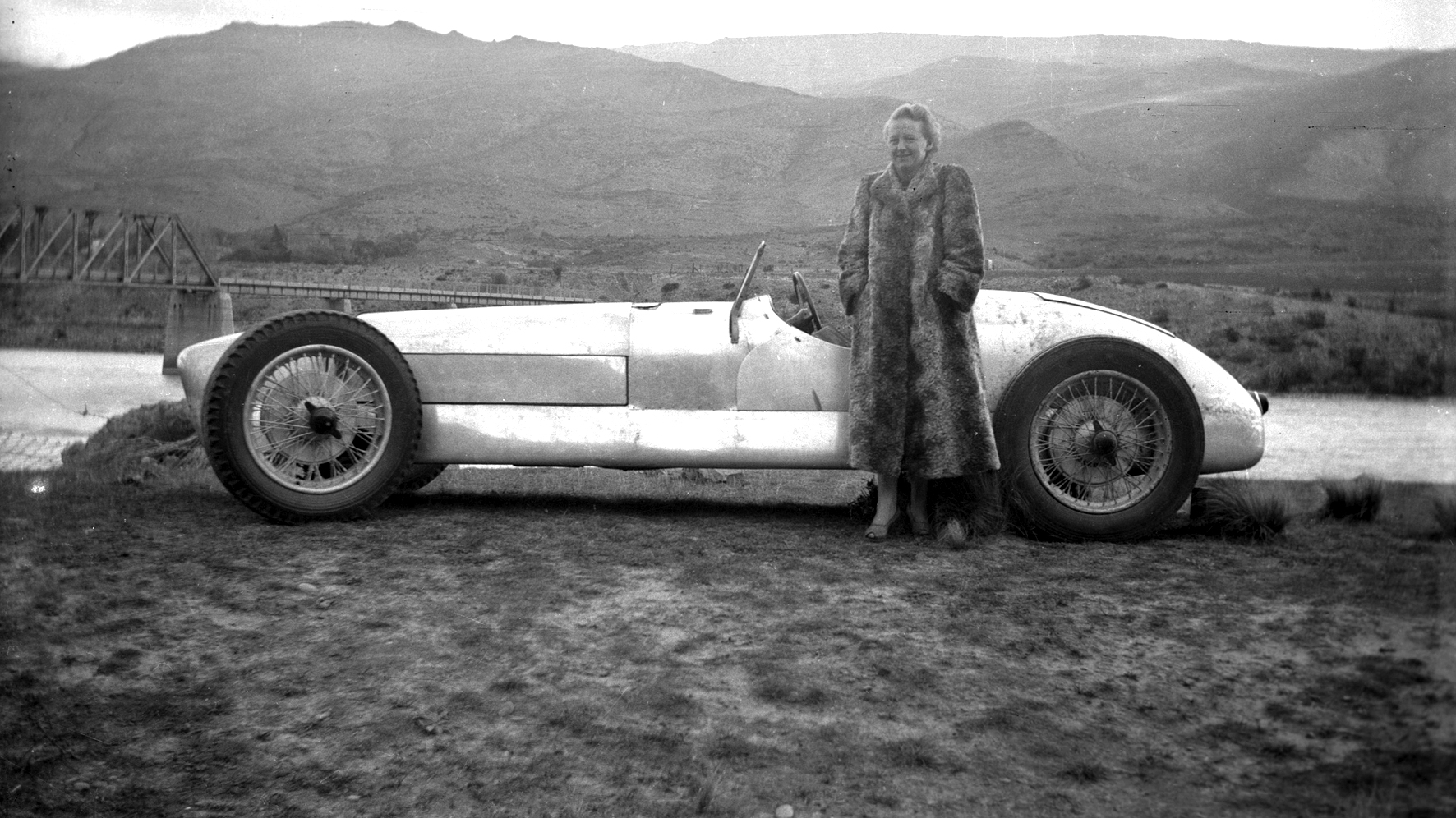 Nobody seems to know who the lady in the fur coat is, but this could be a fashion shoot for Vogue magazine!

Some things stay in your mind forever. Sometime in early 1958 two mates and I were crammed into the front seat of a rotten old 1938 Ford V8 inching our way back to Dunedin. I was driving, if driving can be used to describe our snail’s pace as the old V8 popped, banged, and spat back through the Stromberg 97 carbie with some ailment that was too dark and mysterious for our 18-year-old minds.

We were returning after a day’s ‘big game’ hunting — bunnies – we had dispatched two with an ancient Stevens lever-action, single shot .22 in rough country just south of Oamaru. We were barely making 20 miles-an-hour and I was tickling the accelerator pedal, urging the old car along, when along the Kataki Straight, north of Palmerston, there was a roar, and we were passed at great speed by a car the likes of which I had never seen before. It was a two-seater sports car, low, wide and long. The body was rudimentary as though framework had been built but was still waiting the finishing panels.

Apart from the noise and the speed — I reckoned it was doing 80 or 90 miles-anhour — the thing that stayed with me forever was its wheels. They were enormous wire wheels that towered over both the car and the driver. Today it would have looked like a skateboard on one-metre diameter wheels. It came and went so quickly I wondered if it had really happened.

Although my car knowledge was largely confined to pre-war American cars there was something about this car that reminded me of a pre-war Grand Prix car — perhaps a Mercedes-Benz Silver Arrow. It was just a flash — but the brief vision of that car has remained with me ever since and when I moved to Oamaru permanently 11 years ago I was talking to a “car person” and spoke of my experience from many years before. “Oh, that would be Rusty Thorp and his AV Special,” I was told. And you do spell it Thorp — add an ‘e’ and you risk the wrath of his remaining family. So, who was Rusty Thorp and what was this ‘special’ that looked so European?...