OUR FORGOTTEN FORMULA ONE DRIVER 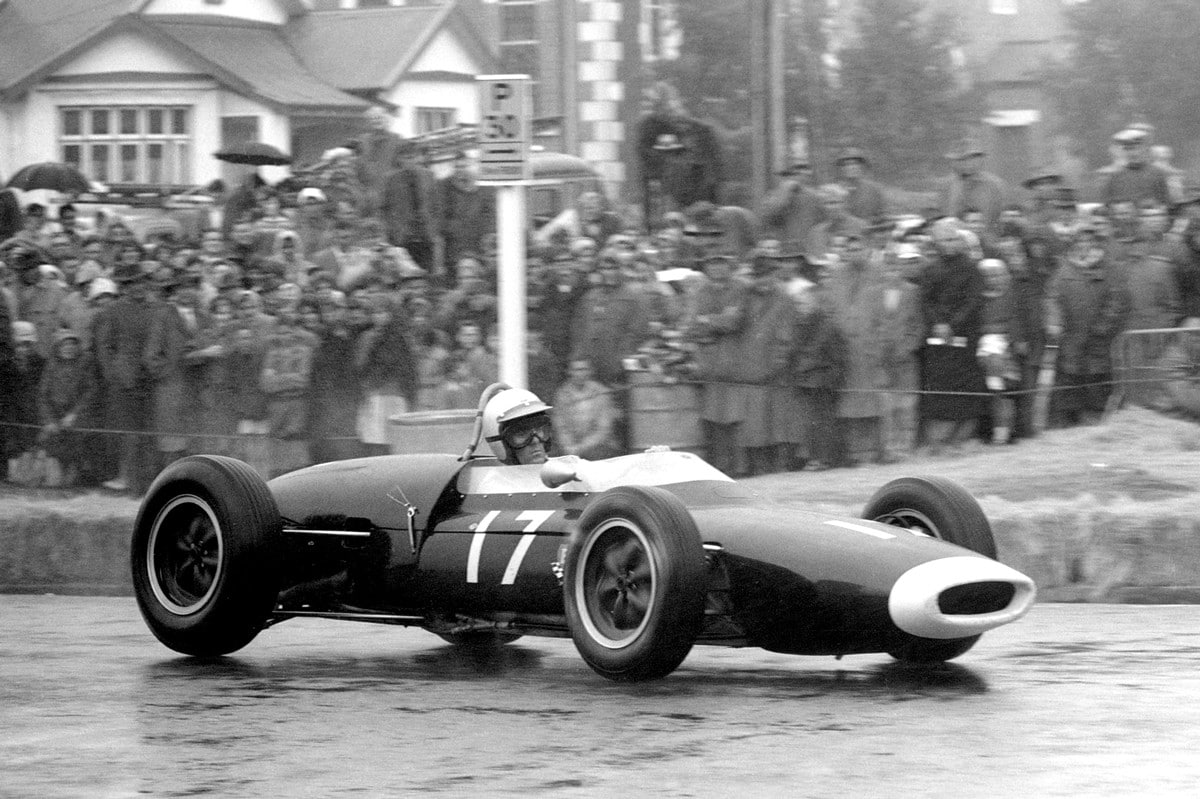 Shelly took the Lotus to Waimate in 1964 and was thought to be a winner – but it rained and he opted for second behind Andy Buchanan (Photo Terry Marshall Archive).

With Liam Lawson poised to become a Formula One driver, Allan looks back at Kiwis who have already
made it – and one who may be forgotten.

While there has been Grand Prix racing since virtually the first ever motor race, it wasn’t until ‘after the war’ that a World Championship was created and because there were going to be three levels of international, single-seat racing, the cars that were to take part in this World Championship would be from Formula One.
Today, ‘Formula One’ no longer just identifies the class but is a title unto itself and has come to epitomise glamour and the peak of something that is bigger than motor racing itself.
Ascending to Formula One is akin to Hillary and Tensing scaling Mount Everest or Neil Armstrong walking on the moon – it is the ultimate.
Right now we have 19-year-old Liam Lawson knocking on the door – and he’s almost sure to become the next New Zealander into Formula One.
How many will have gone before him? How many other Kiwis have been able to add ‘Formula One driver’ to their name?
It may surprise you to know that, when (or if) Liam Lawson starts his first Formula One race, he will be number 10! Yes, so far nine New Zealand drivers have made it into Formula One – including one who did it entirely his way.

Private Entrant
Tony Shelly was a Wellingtonian who competed in several Formula One races in 1962 – showing typical Kiwi DIY spirit, he was a private entrant.
Shelly was born in 1937 and he had motorsport and fast cars in his DNA – his father Jack Shelly owned Independent Motors in Wellington, which was a Jaguar and Cooper dealer.
Tony had a Morgan sports car, which he entered in the sports car section of the 1955 Grand Prix at Ardmore.
These were the Formula Libre days and production sports cars were accepted, providing they were quick enough, but 18-year-old Tony Shelly failed to qualify.
However, in mid-1958, a 21-year-old Tony decided he wanted to take motor racing seriously and purchased the ex-Syd Jensen, Ron Frost Formula 2 Cooper, single-cam Climax. This was a reasonably good car, and the inexperienced and unknown Shelly headed for the opening round of the 1958/1959 Gold Star Series at Teretonga
– where he made the big time by winning the race! The Cooper gearbox broke in practice and there was a last minute rush to replace it and Shelly just made the grid, which consisted of pretty much every top-line driver in New Zealand, including Ross Jensen (Maserati 250F) and Pat Hoare (Ferrari).
Merv Neil in a brand new 2.0-litre Cooper-Climax led until the last lap when the fuel pump quit, leaving a surprised but delighted Shelly to win – it was quite a debut.
Incidentally, Frank Shuter had rare ‘success’ in one of the two Maserati 8CLTs built for Indianapolis but never raced there, by placing third.
I was at the meeting and afterwards sneaked into the pits and watched as the Shelly team packed up. Tony Shelly looked the part – tall, dark-haired, slim, square-jawed, handsome and wearing expensive casual clothes.
He also won the feature races at Levin and Napier (Port Ahuriri road circuit) that season, but the international meetings saw mechanical problems and he only placed fifth on the Gold Star table behind Bruce McLaren, Syd Jensen, Ross Jensen and Merv Neil, and ahead of Johnny Mansel.
But there definitely was promise, although that had to wait a season as Shelly sat out the 1959/1960 season, returning for 1960/1961 with the 2.0-litre Cooper-Climax of Merv Neil, later sold to Denis Hulme in which he (and George Lawton) earned his ticket to Europe and the start of a World Championship career.
Shelly ran the car for two seasons in 1960/1961 and 1961/1962, with mixed results – the highlight being a win on the RNZAF base at Ohakea and a second on the streets of Napier. Otherwise it was a bag of fifths or so, resulting in fourth place on the 1960/1961 Gold Star table and sixth the following season.
However, this was promising enough for Shelly to head to the UK in early 1962 and go Formula One racing, something that no other New Zealander had tried.