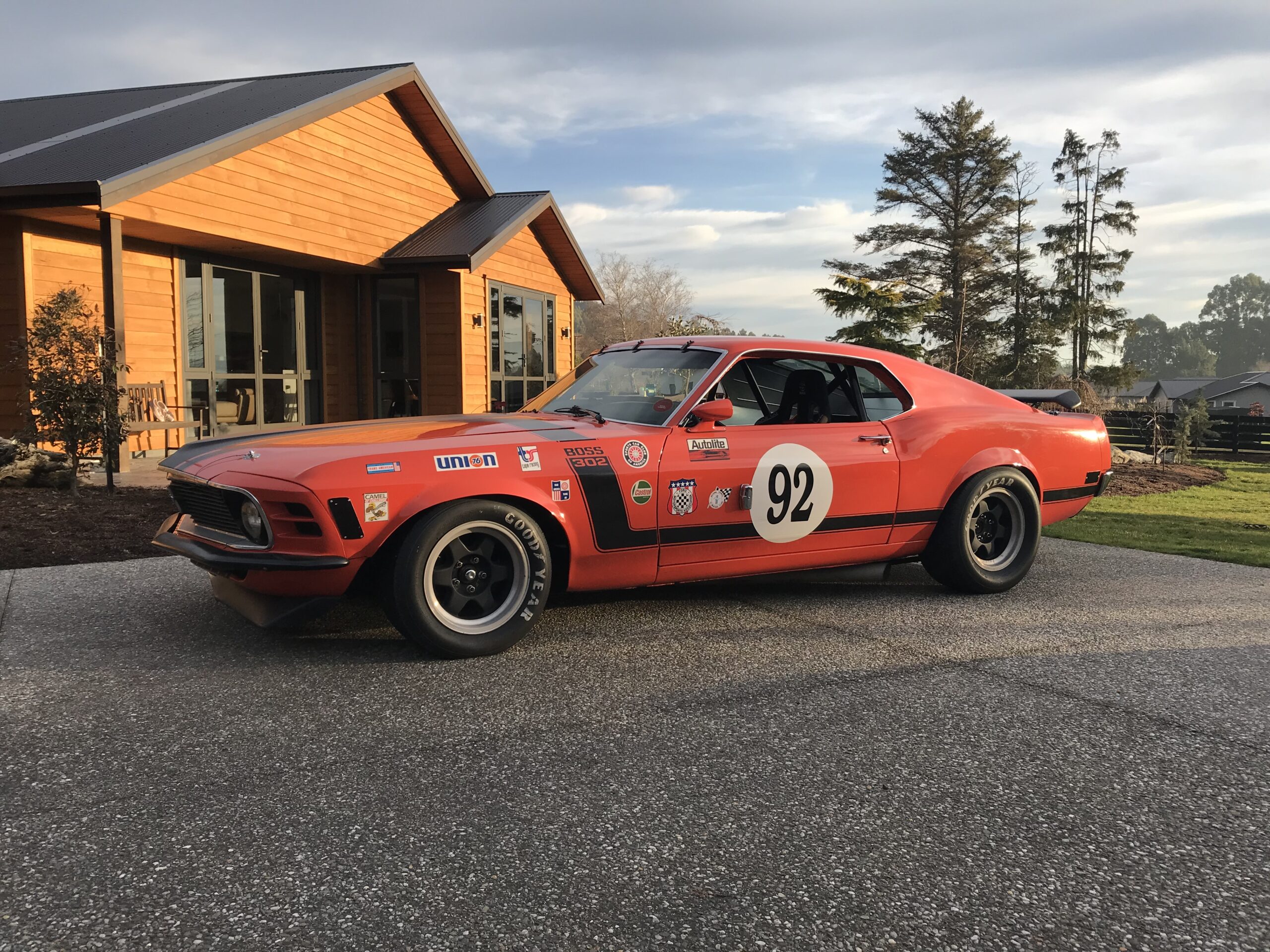 The Boss, as it appears today. It’s a remarkably original car, and incredibly well preserved. Like many of its components, the fibreglass front bumper is original (Photo Leon Hallett

Ford continued its Trans-Am presence in 1970, despite scaling back on motor sport operations overall. As it did in 1969, Ford sold Boss 302 street cars, now sporting the 1970 bodywork updates and the new stripe package which carried up the side of the bodywork and across the bonnet/ hood. Unlike 1969, the 1970 racing cars wore the adjustable rear spoiler.

The 1970 Trans-Am regulations allowed non-factory front spoilers to be fitted for the first time, although there were limitations in size, width and shape. Kar Kraft engineers took a 1969 Trans-Am Mustang fitted with a 1970 nose, and a flat-panel front spoiler, and tested it at the Lockheed Martin wind tunnel in Marietta. They trialled the rear spoiler at various angles until they found what worked best with the chin spoiler. For 1970, Bud Moore Engineering continued as the lone factory Ford team, with Shelby having been dropped.

BME drivers Jones and Follmer claimed six victories from 11 races, and Ford comfortably won the Trans-Am Manufacturers’ Championship for the first time since 1967. It was in 1970 that Don Eichstaedt and other Kar Kraft engineers produced a Mustang Chassis Preparation manual, much like Chevrolet’s 1968 example. But Kar Kraft went to the extent of building a complete car from scratch specifically for the manual. Unlike the Camaro Chassis Preparation manual, which featured hand-drawn sketches throughout, the Ford variant was graced with detailed photographs of the car built by the Kar Kraft team.

The manual specified everything from roll-cage design and mounting points, type and thickness of the steel required, plus sway bar sizes, suggested spring rates for specific tracks, as well as other invaluable information. In addition, Ford part numbers were assigned, so teams could purchase items they required straight across the counter. The manual was sought-after by privateer race teams as they built their own cars...