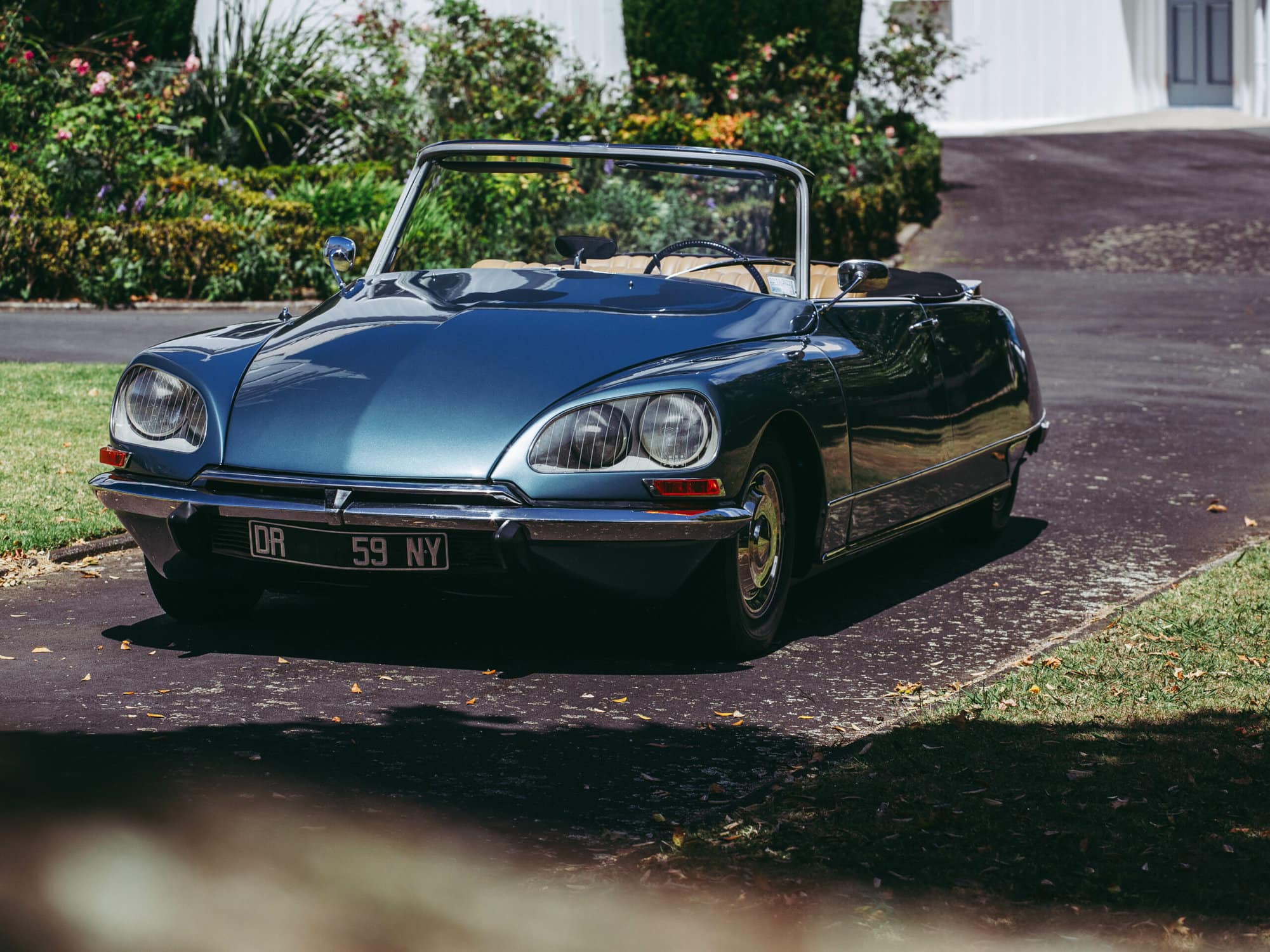 Having delighted the motoring world in 1934 with the introduction of the now famous ‘Traction Avant’, 21 years later Citroën did it all over again with the stunning and futuristic looking DS.

Following the French concern’s penchant for innovation, under its aerodynamic body the DS was just as mechanically advanced as the Traction Avant cars had been back in the 1930s – the new car boasting all-independent, self-levelling, hydropneumatic suspension as well as power-operated brakes, clutch, and steering. The car’s unique suspension system delivered a ride quality not to be found on any other car, and even today there’s little else able to match the driving experience offered by these iconic Citroëns.

If there is a downside to the DS, it would be the car’s out-dated engine. Although solid and reliable, the long-stroke 1911cc four-cylinder motor fitted to the early cars really didn’t provide performance to match the car’s striking, shark-like looks. Later models received improved engines – the short-stroke 1985cc engine arrived in 1966, with later cars being treated to 2175cc (DS21) or 2347cc engines (DS23).

Fuel injection was introduced as an option for the DS23 in 1973 allowing for smoother operation while the original hydraulically operated four-speed semi-automatic gearbox was replaced with a more modern five-speed gearbox in 1971 on both DS21 and DS23 models. Alongside the original DS saloon, Citroën also offered a cheaper alternative, the ID, and the amazing Safari (as featured on the cover of NZ Classic Driver (January/February 2020). However, the DS model we’re most interested in is the two-door convertible DS – the Décapotable. But before we examine the car, let’s take a look at the career of the man behind this elegant cabriolet – Henri Chapron.

Although probably best known for his association with Citroën and especially for the convertible – Décapotable – versions of the iconic DS, the French automaker actually rejected Chapron’s initial concept for an open-top DS; its eventual appearance only happened as a direct result of the designer’s perseverance. However, we’re getting ahead of ourselves as Henri Chapron’s career within the motoring industry began many years before the Citroën DS broke cover. From humble beginnings as an upholsterer’s apprentice based in Paris, Chapron set out on his own in 1919 from premises in Neuilly-sur-Seine, a western suburb of Paris. He quickly made a name for himself rebodying the many Model T Fords...