CARS OF OUR LIVES 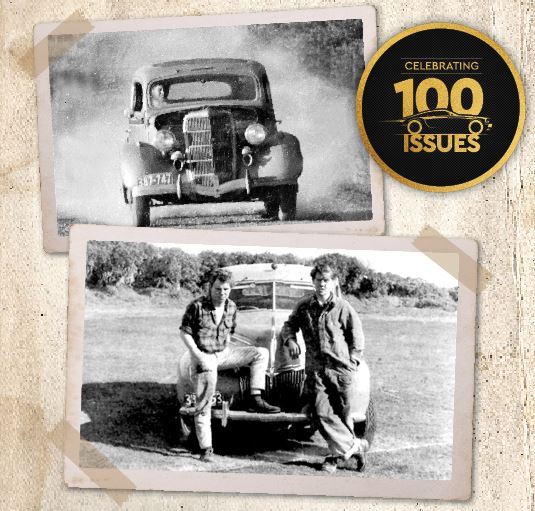 Our founding editor looks back at the cars and events that shaped his life and eventually gave rise to NZ Classic Driver. Words: Allan Dick.

There were two distinct automotive moments in my life – the first when I recognised the car as an art form and the second when I realised the value afforded by freedom of travel.

It was 1947 and in a Saturday afternoon talk over lunch, my father – who had just slightly more than a passing interest in cars – said, “There’s a new car out, a Studebaker, you can’t tell if it’s coming or going.”
A week later I saw this green car parked on Auckland’s Old Mill Road – it looked like a spaceship with a boot that was the same size as the bonnet. This was the car Dad had talked about. I stood and gazed, then walked around it several times and I was gone, gone into the arms of Mistress Automobile. She was the most beautiful thing I had ever seen. I couldn’t wait to tell my father.

Four years later, we’d moved to Dunedin and I had my first bike. It was an old roadster that needed ‘doing-up’ – something that became a way of life for me – it needed mudguards, tyres, tubes and a saddle.

The first day it was rideable I took it to Macandrew Intermediate. I can remember the precise moment, rounding Forbury Corner, that I realised I was free! For the first time in my all-of-12 years, I didn’t have to rely on buses and tram routes – if I wanted to, I had the ability to go to Christchurch! My feet had become redundant.

That freedom was the other part of the equation in my lifelong love of cars.

We weren’t really a car family. Except for my paternal grandfather, Jimmy Dick, a man whose physical characteristics I have taken on more than any others in the family – along with his love of the automobile.
Jimmy Dick was a ‘braw’ Scotsman who had a love of cars before he left ‘hame’ in Glasgow to settle the family in Dunedin. I have a small book on the principles of the car (dated 1910) that he brought with him.
He worked for the Thomson ‘aerated waters’ company in Dunedin and they also loved cars and had the money to indulge. Jimmy Dick’s job description included looking after the Thomson family fleet and occasionally acting as driver on special occasions. During WWII he drove an experimental gas-powered truck for Thomson.

When I first ‘met’ my grandfather it was 1948; he had gone into semi-retirement and had bought a brand new car – a fawn-coloured 1947 Hillman Minx. He took immense pride in that car, adding chrome bits here and there and other bobs and dooflickies.

I recall overhearing an adult conversation about that car – there was a claim under warranty, for a frost plug at the back of the block that was leaking. Rather than pull the motor out, with Grandad’s approval the dealer cut a hole in the firewall to get at the offending frost plug, replaced it and welded the hole back up again.

As much as Grandad loved that car, there was always talk about ‘the Sunbeam’ – the car he had apparently sold to buy the Hillman. The Sunbeam was an ex-Thomson family car that had been sold to my grandfather as a special favour. Back in the thirties, Sunbeam was a spirited brand in much the way Jaguar was during the fifties and sixties.

My father’s cars started off badly, got better and then the bottom fell out.

In Auckland, after he came ashore from the Navy in 1945, he bought a 1928 Ford Model A. Like most cars of that time, the tyres were rotten and as new ones just could not be bought for love nor money, we had endless punctures and blow outs – many a time we made it somewhere with the tyres stuffed with grass.

Read the rest of this trip down memory lane in the March-April issue of NZ Classic Driver.