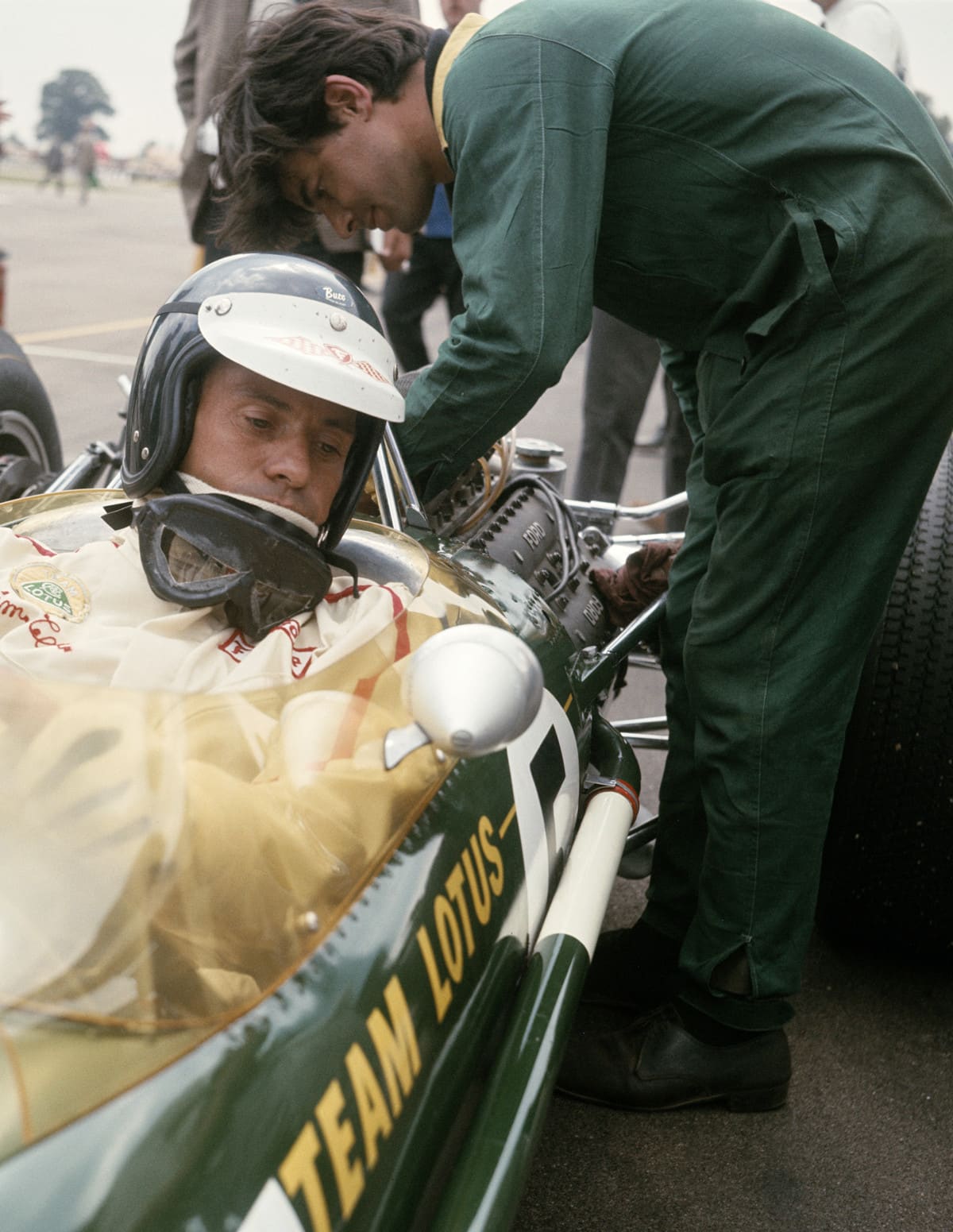 Allan McCall worked with Lotus and Jim Clark, most notably at Indianapolis, before working for Bruce McLaren’s Can-Am team. He was also the man behind the Tui formula racing cars. Allan was recognised by MotorSport New Zealand with a Historic Heritage Award a year before he passed away in 2017. Peter looks back at Allan’s remarkable career.

Allan McCall was born in Point Chevalier, Auckland. He learnt to drive while he was helping out at his uncle’s farm on the Coromandel Peninsula. After leaving Avondale College, he took an apprenticeship with John W Andrews in Auckland then moved on to Collett & Fleming. After his father died in 1961 Allan travelled to Australia, where he worked for a while as a jackaroo, before returning to New Zealand to work in the South Island at the Manapouri Hydro Power Station, maintaining the heavy machinery being used to build the access road.

Lotus & Jim Clark
It was August 1964. A ship called the Northern Star was steaming towards the UK from Auckland. On board was a young Allan McCall, who had decided to seek some adventures in Europe. A couple of wide-boy English car dealers befriended the 22-year-old, telling him that they were racers. They advised him to call their friend Colin Chapman at Lotus, mention their names and he would give Allan a job as a racing mechanic.
When Allan arrived in England he did as his travel mates had suggested – he rang Colin Chapman. Chapman said he had never heard of the two car dealers but he advised Allan to write to Andrew Ferguson, the Team Lotus Competitions Manager. Allan duly wrote to Ferguson and, while he waited, he took a job at Adlards, a Ford garage in Putney. Towards the end of the year, a telegram arrived from Ferguson asking him to come to Lotus for a test. Allan told the story in the book, Tales from the Toolbox, by Michael Oliver:
“I understand that I got the job because I was the only person out of the seventy-odd applicants who could butt-weld two bits of steel together without a welding rod. About a month later I received another telegram asking me to turn up the following week at the factory to start work with Bob Dance on the Lotus Cortina team.”
This was the beginning of an association with Jim Clark that would take the Kiwi around the world, working on the Scot’s saloon, Indy, Tasman and Formula One cars.